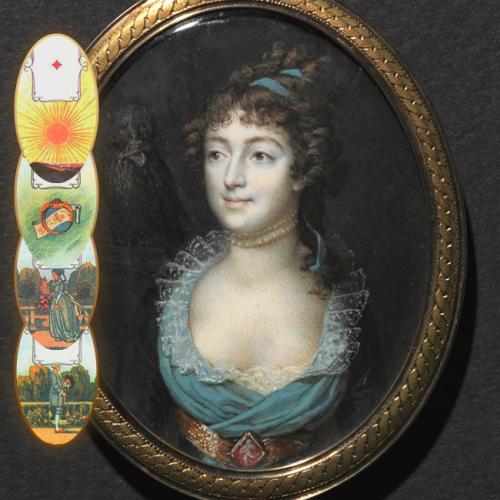 Lenormand Oracle – is an amazing phenomenon in the world of predictable practices. With the help of a small card deck – and in total there are 36 cards – you can get accurate answers on many important questions. Working with Lenormand cards is pleasant and easy, their symbols are expressive and understandable. But for a good result it is necessary to learn to interpret the card combinations. According to specialists, the accuracy of the divinations are close to one hundred percent. But don’t start thinking that these cards will instantly give you “recipes” for all life problems the instant you start working. It is very important for you to have good intuition, the ability to creatively interpret acquired information and associatively think. You never considered these qualities your strong suit? No worries, working with the Lenormand system greatly promotes their manifestation!

Furthermore, the possibilities of this type of fortune-telling are truly endless. With its help you not only can foretell the future, but get answers to all your questions that worry you; understanding your feelings and relations to people around you; making decisions and building plans for the future. For the “Official” version, an accurate description of her fortune-telling system – primarily fortune telling on the cards – Marie Lenormand, sadly, did not leave for us. And many years later after her death, fans and followers were restoring her methodics bit by bit. How did these amazing cards see the light of day in the first place? Alas, there are more questions than answers. Were they exclusively made by Marie Lenormand? Or were they instead the collective work of many generations by fortune tellers? It is hard to say for sure right now, we can only affirm, that the accuracy of the answers, gained with the help of this method of fortune-telling, is very surprising.

Marie Lenormand and her time

History saved many names of people, who owned the secret knowledge of divinations and could foretell the future. One of those people is Marie Anne Adelaide Lenormand (1772-1843), French fortune-teller. By the end of XVIII and the beginning of XIX Century her name rang through the whole world, to Madame Lenormand’s salon people came not only from the entirety of France, but also from Great Britain, Italy and Russia. Legends were told about her unique abilities: Lenormand foretold Napoleon his accession to the French throne, to the leaders of the Great French revolution she foretold death (and everything happened exactly like she described!) and she advised some young Russian aristocrats to not go through with their political speech. Some time went by – and by the end of 1825 her guest became known as Decembrists. How their story ended – we know all well…

How did the famous fortune teller predict the future? Contrary to popular belief, she didn’t only use her cards. She used horoscopes, numerology, fortune-told by using colors and aromas, saw the future through a crystal ball and could tell the fate of her guest by a drop of his blood, dissolved in water, or just by a hair-spring from his hair. What was it? Incredibly developed intuition? A special gift, which opened up in Marie as a chosen one, which science couldn’t explain back then, same as now? Apparently, Marie Lenormand was an unusual child from birth. Marie was raised by a family of a prosperous cloth merchant, Marie was physically very weak: her legs were different length and she had twisted shoulders… On the other hand the newborn had long black curls and a full set of teeth.

Marie Anne Adelaide learned to read very early in her life. In the library of a monastery, where she was raised, Marie preferred esoteric literature, alchemy books, astrology and herbal medicine. That’s nothing out of the ordinary though: during those days’ monasteries kept not only spiritual literature in their extensive libraries, but also books of the “unreliable” nature. Even then Marie amazed people around her with her unexpected, but always accurate forecasts. And in the year 1790, at the age of 18, she opened her own fortune-telling salon in Paris. What boosted the young fortune-tellers popularity, was that at the time France was being ravaged by revolutionary events. And after all, in conditions of total chaos and aggression people want to know the future more than anything, right? It is rumored, that many memories from contemporaries about Marie Lenormand and many of her self-made notes are still kept in classified archives – it just seems that her forecasts were far too intertwined with the “rulers of the world”, even if it was more than 200 years ago… Marie Lenormands life was just as mysterious, as her death. She foretold, that she would die 23rd of June 1843 at the hands of a “Dark Man”. That day, early morning a maid entered into the room of her mistress and found her dead. The crime was never solved, the only witnesses were her neighbors, which claimed to have seen a tall, dark figure wearing a mask, leaving her house. To the funeral of the famous fortune-teller came almost the entirety of Paris. Yes, in life not everyone was thankful for her forecasts – Lenormand was not inclined to spare her clients’ feelings and without sugar coating, told everything that was opened for her. But frankness and honesty always inspires respect – the same, as the unique abilities, put on service for people.