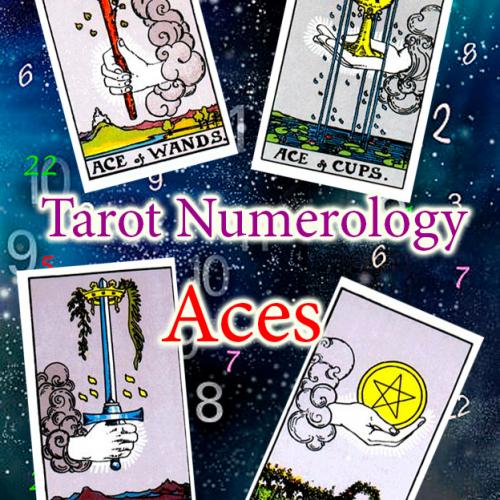 This application contains some ideas about the Tarot numbers, especially about the minor arcana's.

These aren't completely set rules, but instead, my own interpretations. Each Tarot reader in the

process of his work makes up their own list of what the numbered cards mean, based on how they

manifest in his card alignments. My interpretations could become a starting point for you while making

Aces, at least in my understanding, represent a conscious element. In other words, in the context of predictions these aren't just raw natural powers, unfertilized seeds or hidden bestowals, though they potentially could be all of that. Aces present a point of understanding and conceptualization. Their number – is one, which translates to awareness of yourself (“I am”) and is connected to the sensible start of a Mage. It is that point, in which idea, thought, feeling, gift or energy are for the first time recognized in our life. It hasn't manifested yet, hasn't developed, maybe hasn't even formulated yet, but it already defines itself and its own potential.

Here are a few phenomenons of life, which I associate with Aces. 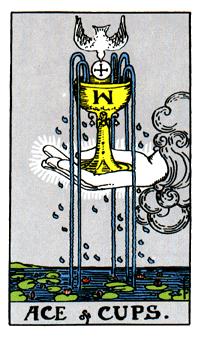 A sudden rush of emotions which actualizes your subconscious feelings, maybe even a moment of recognizing your love in a crowd, something beautiful and aesthetic, bringing a feeling of peace and quiet, a spiritual vision, creative inspiration, a moment of conception in women. 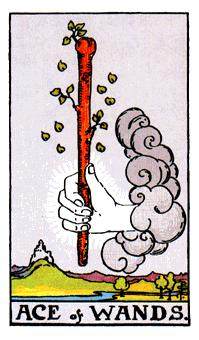 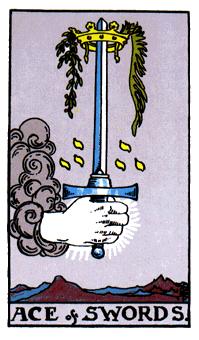 An idea or a concept, that enables a start for new philosophical or scientific researches, an instant realization of how to fix one or another problem, a thought, leading to a change in direction, a moment, when all the pieces of the mosaic suddenly form into a single picture. 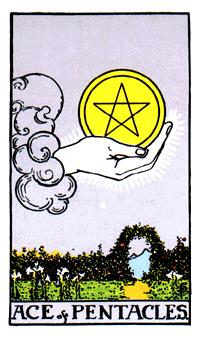 Conceptualization of an item or a vision in a mental gaze – visualization of a new garden, a wooden sculpture, an item of a decoratively-applied art or something else, made by your own hands. A moment, when you realize that you can make something tangible – start your own business or write a novel. A day, when you realize that you want to get a house or start a family. An appearance of unexpected money or other resources, which changes your life – grant, inheritance, insurance – or even just the idea to find these resources and what you could do with them. A moment, in which you realize that you want to do something with your body, health or your material environment.

All this has a common factor – and appearance and realization of a new idea; yes, it is a seed, but it is visible, tangible, and ready to release its roots (Twos) and sprouts (Threes). In that instant, when in a card layout you get an Ace, the client realizes (If to that moment he hadn't realized it) the potential energy, ready to show up in his life. That time, when a certain universal elemental power incarnates in your life in a visible form and says “I am”, or “I can show up, if that is what you want”.